The Official Portrait of Abu Zuhair (right) and Abu Saleh (left) created in collaboration with Lebanese photographer Tarek Moukaddem on August 10th  2013, is an attempt at deconstructing images of power, symbols of the nation, nostalgia, and ideas of gendered-dominance. The deliberate reference to affected portraiture is a critique of the Palestinian political establishment and its obsession with imitating nationalist modes of government and nation building. The sitters, Abu Zuhair and Abu Saleh, who give their names to the portraits, are Syrian migrant workers who work and live in Lebanon. Their total lack of previous modelling experience is central to the aesthetic and ethos of the project. The ensuing discomfort of both sitters is a comment on the actual lack of harmony in the presentation and self-representation of the formal Palestinian Politician despite their usual suited attire. Still, it is worth noting that Abu Zuhair and Abu Saleh are well aware of the performance and the limitations of their situation, as opposed to the Palestinian politician.

The heels, unlike the other items of dress in the portraits, are provocatively and unabashedly feminine and therefore directly anchor the images in the original concept of the project. It is worth noting that this is not done to emasculate the sitters by dressing them in what might be generally deemed as ‘womenswear’ but to highlight what the other fabricated garments do not state: masculinity’s obsession with the body and how to control it as the case with all social and political practices based on patriarchy. 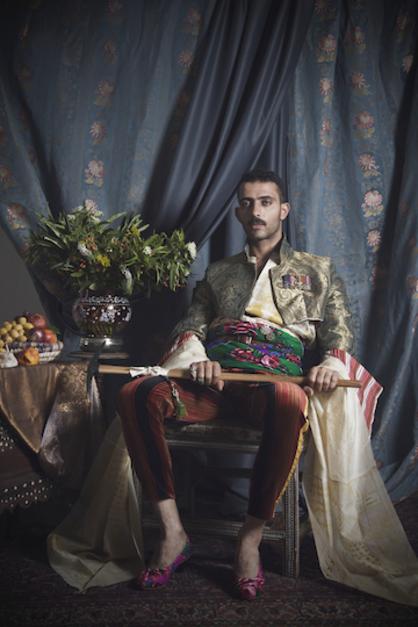 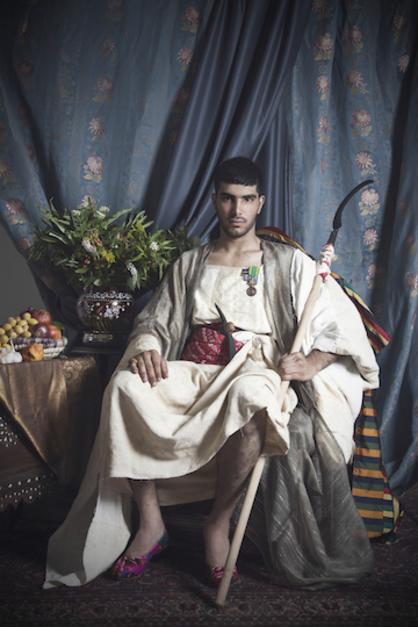