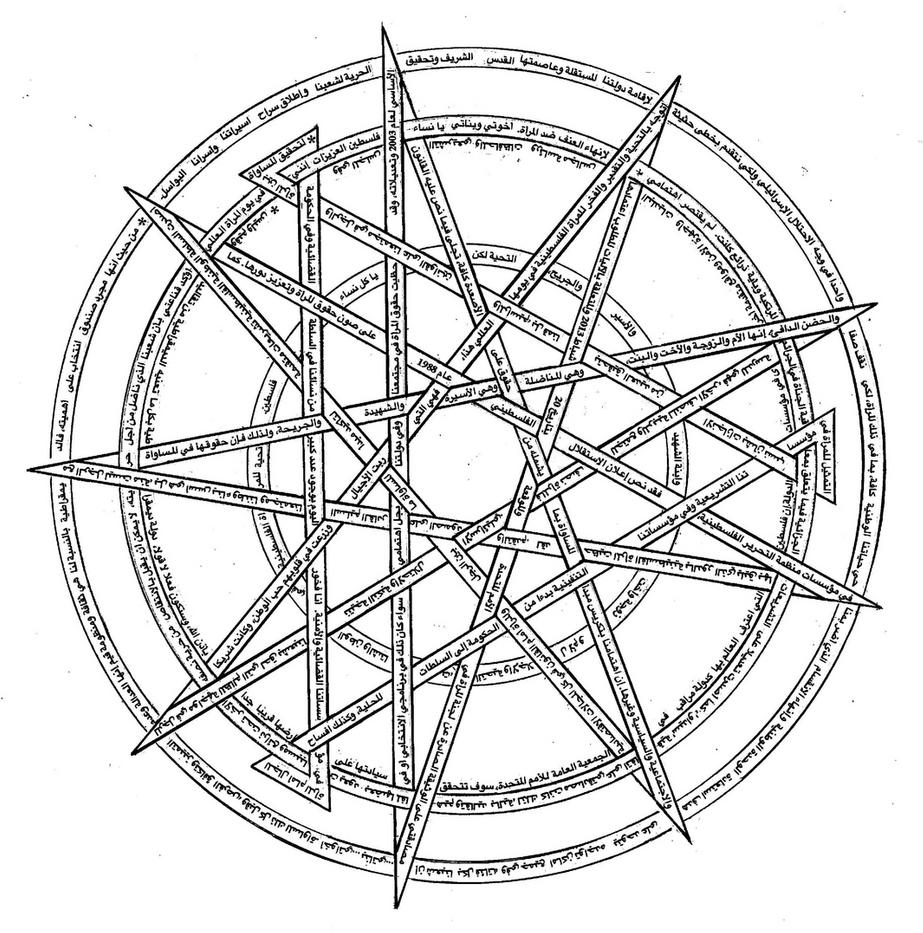 As I was developing the undergarment or shirt for the uniform, I came across the talismanic shirts often worn by knights and warriors under the armour for protection in battle. I was also working at Birzeit University Museum on the exhibition, Musevm - Seat of the Mvse, which gave me access to the Tawfik Canaan amulet and talisman collection there. These inspired me to create a talismanic shirt for as part of the uniform

In Palestine people have mixed feelings about traditional magic; many believe in it, and many see it as pure nonsense. This duality is actually central to the potency of some talismans and magic seals, such that the more complex and illegible the text, or impenetrable the seal, the more powerful the work. Indeed, in some cases instead of calling something illegible or gibberish one might just call it a talisman.

In many formal talismans sacred texts and prayers appear alongside numerology, magical symbols and geometry, usually to protect from evil or attract whatever the wearer or owner desires. Some talismans were produced for personal use, whilst others were made to reproduce en masse. In some paper talismans, the evil itself was specified and portrayed through text and imagery, like the Seven Solomonic Testaments.

Since the work was intended as a critique and satire of the Palestininan political establishment, I decided to replace these sacred texts and symbols with political symbols of the nation, historic date, UN resolution numbers, logos, Israeli weapons, and clichés from Yasser Arafat’s declaration of state speech in 1988 and his United Nations address to the General Assembly in 1974, as well as phrases from Mahmoud Abbas’ United Nations speech in 2011 and his official address in March 2013 on the occasion of International Women’s day.

To make the talismans, a general line structure of the design or pattern was drawn out by hand and filled with what resembles interlacing sacred geometric shapes and lattice designs. The text, symbols, numbers and logos were then collaged in, such that the blueprint for each talisman is a sort of paper mosaic. To make each product the original collages were scanned and digitised and finally rendered into silk screen or offset prints depending on each design. 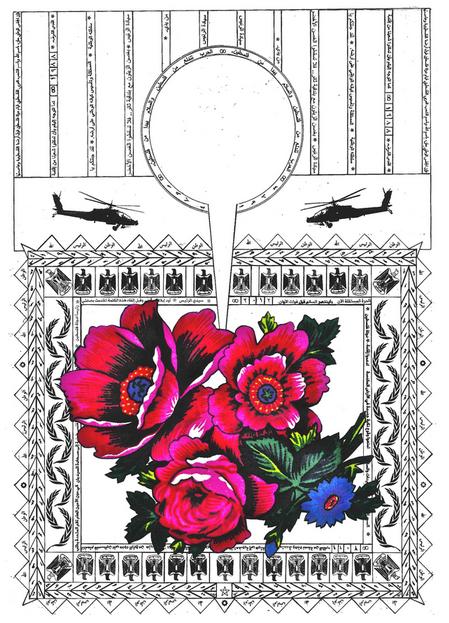 The Black Magick Talisman folded, stamped and sealed in the P.A.'s I.D. Wallet 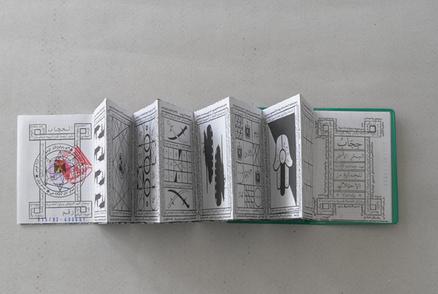 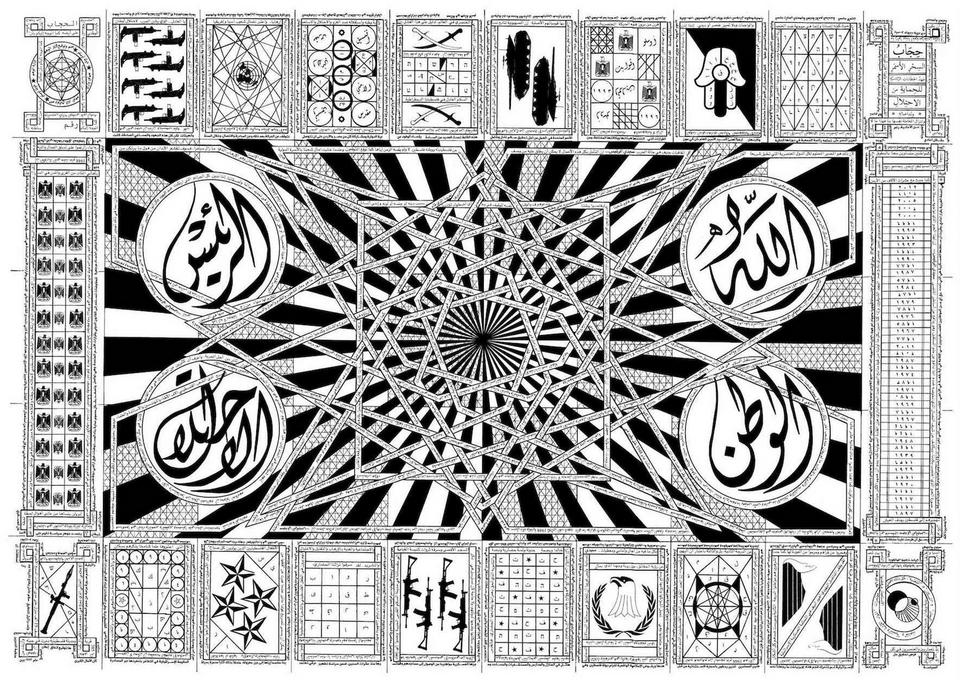 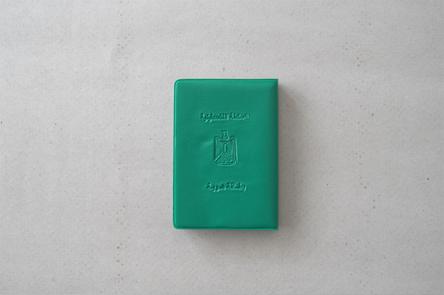 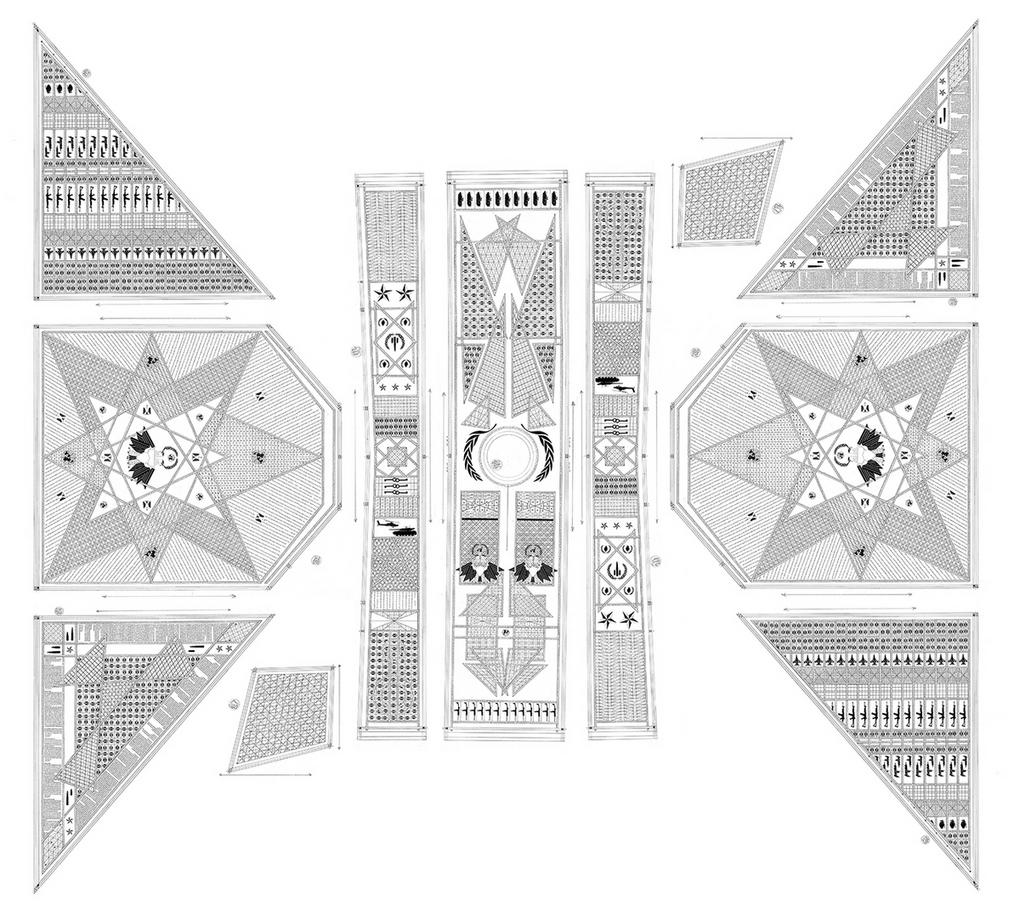 The Seal of Intersectionality

The Black Magick Talisman : : The Presidential Testaments for the Protection Against the Occupation and It's Manifold Manifestations [ back ] 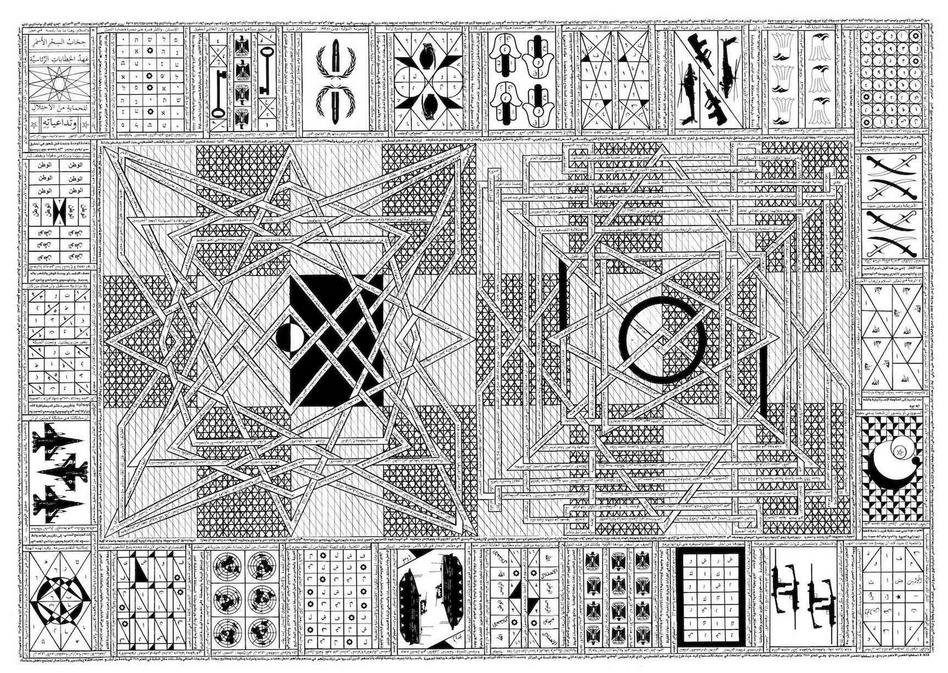 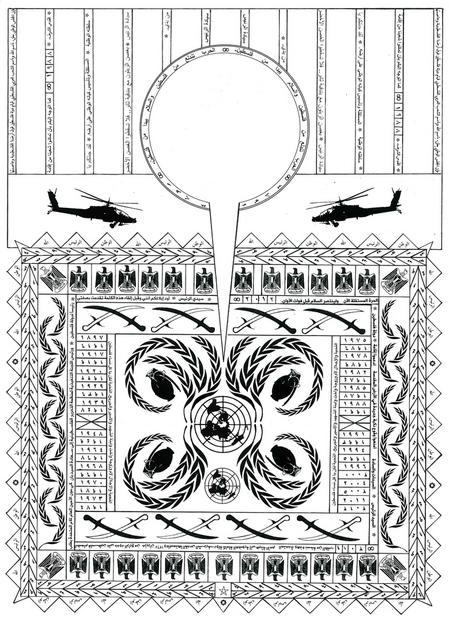 The Black Magick Talisman : : The Presidential Testaments for the Protection Against the Occupation and It's Manifold Manifestations [ front ]